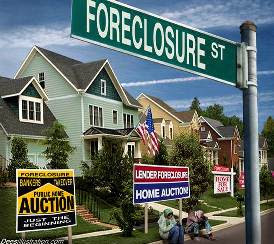 Bankruptcy and foreclosure are two subjects that often go hand-in-hand. Some recent court decisions have had a major impact on how foreclosures are handled in Massachusetts. To provide some insight on these decisions, we are pleased to present a guest post from Richard D. Vetstein, Esq. of Vetstein Law Group, P.C. Richard's firm runs a very popular real estate blog: The Massachusetts Real Estate Law Blog.


U.S. Bank v. Ibanez And Beyond: Massachusetts Courts Leading The Way In the Foreclosure Crisis

I’m honored to be guest blogging regarding recent Massachusetts foreclosure and mortgage crisis court rulings. Although not as impacted by foreclosures as Florida or California, Massachusetts has been a hotbed for controversial and landmark rulings in this ever-changing area. And there will be more to come as our Supreme Judicial Court will decide several more important cases in the upcoming months. Here’s a summary of what’s happened in the last year and what’s on the upcoming docket.

In January 2011, the Massachusetts Supreme Judicial Court’s U.S. Bank v. Ibanez decision quickly became a huge national story. CNN-Money called it a “beat down” of the big banks. Reuters said it’s a “catastrophe risk” for banks. The ruling spooked investors, as bank stocks were down in reaction to the ruling.

Ibanez was the first state supreme court ruling to weigh in on the legal ramifications of widespread irregularities and paperwork snafus in the residential securitized mortgage industry. The high court ruled that two foreclosures of sub-prime mortgages were null and void where the lenders could not establish the chain of ownership within the securitized mortgage back securitized pools.

The Ibanez case has been attributable for the recent slowdown in foreclosure activity in Massachusetts, however, as of August the numbers are starting to pick back up as lenders are getting their acts together. It’s important for you and your bankruptcy attorney to verify whether your mortgage lenders has complied with the Ibanez case by recording the proper mortgage assignment paperwork.

We should find out any day now the SJC’s opinion in the next case in the U.S. Bank v. Ibanez saga: Bevilacqua v. Rodriguez. This case will consider whether a home buyer can rightfully own a property if the bank that sold it to him didn’t have the right to foreclose on the original owner, after the U.S. Bank v. Ibanez ruling in January. This case, which national legal experts are watching closely, may determine the rights of potentially thousands of innocent purchasers who bought property at foreclosure sales that have been rendered invalid after the Ibanez ruling. “The Massachusetts case will have significant repercussions in many states that allow nonjudicial foreclosure,” Alan White, a law professor, commented to BusinessWeek. “The decision in Bevilacqua will not only determine the fate of past foreclosure sale deeds, but hopefully provide guidance so that lenders and their lawyers can get it right going forward.”

In a rare “sua sponte” (on their own) direct appellate review, the Massachusetts Supreme Judicial Court has agreed to hear an appeal in Eaton v. Fannie Mae, considering the controversial “produce the note” defense in foreclosure cases and whether a foreclosing lender must possess both the promissory note and the mortgage in order to foreclose. Based on arguments asserted by the lender, the court may also consider the circumstances by which a mortgage granted to Mortgage Electronic Registration System (MERS) can be effectively foreclosed in Massachusetts. This could be a very important decision — potentially as important as the landmark U.S. Bank v. Ibanez. A ruling against the lenders could expose a gaping and fatal legal black hole with many foreclosure-bound mortgages that were hastily bundled and sold to Wall Street during the real estate boom years. A rejection of the borrower’s arguments as recently made by a bankruptcy judge in Worcester, however, could significantly reduce some MERS induced anxiety and heartburn presently being experienced by lenders and foreclosure attorneys.

In the closely watched case of Bank of New York v. Bailey, the Massachusetts Supreme Judicial Court ruled on August 4, 2011 that the Housing Court may hear a homeowner’s challenge that a foreclosing lender failed to conduct a foreclosure sale in accordance with state law and under the now seminal U.S. Bank v. Ibanez decision. Previous to this decision, foreclosing lenders and their attorneys were quite successful in evicting homeowners even where there were defects in the foreclosures. Watch for the Housing Court to be on the front lines of foreclosure defense now.

Suffice to say, Massachusetts courts have been very busy with foreclosure and mortgage crisis rulings. I’ve been following these cases for a while and there is definitely a marked trend by the courts to a more balanced, pro-consumer approach in these cases. Judges are human beings and no doubt, they are not oblivious to the news and widespread financial distress going on in Massachusetts and the country today.

Richard D. Vetstein, Esq. is an experienced real estate litigation attorney who’s handled numerous foreclosure defense and title defect cases in Land Court and Superior Court. Please contact him if you are dealing with a Massachusetts foreclosure or title dispute.
Posted by Kelsey & Trask, P.C. at 11:12 AM