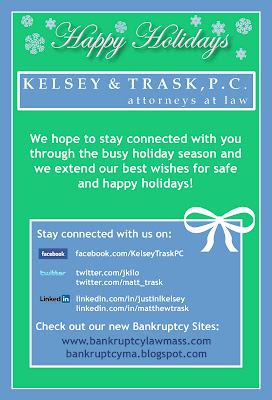 Under What Circumstances Can Creditors Object to the Discharge of a Debt?

A creditor may object to the discharge of amounts owed to them by the debtor under certain circumstances. If a creditor objects to the discharge of any of the debts listed in your petition or schedules, such objection must be raised within 60 days after the first scheduled §341(a) Meeting of Creditors. Alternatively, the trustee must move to dismiss your case within the 60-day period following the §341(a) Meeting of Creditors if he or she finds that the granting of relief would be an abuse of the provisions of Chapter 7.

A creditor may object to your request to discharge a debt if the debt was obtained or incurred as a result of fraud, embezzlement or larceny, or any willful or malicious injuries you have caused others. If the Creditor establishes by a preponderance of the evidence that the debt was obtained by any of the above means, the debt will be deemed non-dischargeable.

Creditors may object to the discharge of certain debts if you have concealed or destroyed any property or financial records; made any false statements in connection with incurring a debt or other financial obligation; withheld financial or other material information; failed to explain losses; failed to respond to material questions permitted under the Federal Rules of Bankruptcy Procedure; or if you were granted a discharge with respect to that debtor in a prior bankruptcy case filed within the last 6 years.
Posted by Justin L. Kelsey at 10:22 PM No comments:

When I was an attorney practicing personal injury law in New York City, I was taking the train from court back to the office. Anticipating a busy afternoon, I called the office to find out of a particular client had dropped of a packet of discovery materials and chatted briefly with my colleague about the yet-to-be completed discovery.

Immediately after I ended the call, I was approached by a gentleman who asked if I was an attorney. I answered that I was, and apologized if I was speaking too loud on my phone. He told me he hadn't been bothered, and, as an attorney himself, acknowledged the urge to get work done while on the train.

He then shared the following story:

Approximately 10 years ago, he was on the train riding home after work and overheard a man in front of him talking on a cell phone. He soon realized that the conversation he was hearing was between an attorney and either co-counsel or a client about a case that he and his office was handling for the defendants in an open case. When the discussion turned to the plaintiff's tactics for the upcoming trial, the accidental eavesdropper was ready with pad and pen.

When the time for trial came, the plaintiff's counsel could not understand why their opponents consistently and instantaneously adapted to their every procedural move and change in trial strategy. In the end, the defendants won the day, due in part to good lawyering, but also to the accidental intelligence gathered by a observant associate. He cautioned me about the risks of talking business on the train - even the things I thought were mundane could be a gold mine if the wrong person happened to overhear me.

According to the electronic evidence blog Ride the Lightning, a mid-sized law firm has banned iPhones due to security risks. Whether the iPhone presents a significant data privacy risk (especially in the day and age of M.G.L. 93H) is a topic for another time, but, suffice it to say, the iPhone and other portable electronic devices do have inherent security flaws, such as lack of encryption support or caching of recently-viewed data. Similarly, traditional voice only cell phones can present the types of security risks that turn the tide of litigation and can significantly harm a client's interests or privacy. Still, these devices are indispensable in providing good service to our clients and responding quickly to a need for additional information or to provide a prompt response. Both a voice conversation or misplaced data presents a security risk, but I don't think any of us would advocate the wholesale banning of cell phones from law firms. Rather, a solution (and possibly the best practice) is the common sense utilization of the technology available: Don't talk when others might listen, and don't place data on "losable" technology that you don't want falling into the wrong hands. Is the solution high tech? No. Does it work? Absolutely.

Attorney Trask of Kelsey & Trask, P.C. practices bankruptcy and civil litigation with Kelsey & Trask, P.C., was a cryptologic materials manager in the U.S. Marines and has experience planning and implementing encrypted communications (voice and data) networks. If you have any questions regarding M.G.L. 93H, contact us at (508) 655-5980 or click here.
Posted by Matthew P. Trask, Esq. at 10:57 AM No comments:

The staff of Kelsey & Trask, P.C. assist our attorneys in bringing quality service and attention to our clients. To learn more about Melissa M. Day, our Administrative Assistant, and Jonathan Eaton, our part-time law clerk, visit our new Staff page.
Posted by Justin L. Kelsey at 3:45 PM No comments:

Email ThisBlogThis!Share to TwitterShare to FacebookShare to Pinterest
Labels: Kelsey and Trask, Staff

What Do I Need To File With My Chapter 13 Bankruptcy Petition? Are There Any Deadlines?

The bankruptcy court is very strict regarding deadlines. Often, missing a deadline will result in the dismissal of your Bankruptcy Case. Therefore, it is very important that all documents are filed accurately and on time with the Bankruptcy Court.

No more than 15 days after filing the Chapter 13 petition, you must file all required financial schedules with the court. The Schedules are documents declaring your assets, liabilities, expenses, income, and a statement of your financial affairs, which is very similar to a budget sheet or an explanation of your personal finances. In most cases, these schedules are filed along with your petition. The schedules also set forth to the trustee and bankruptcy court what property is "exempt" (meaning you can retain the property following the conclusion of your case) and what property is "non-exempt", meaning it must be surrendered to the trustee for sale, with the proceeds used to pay any debts.

Within 30 days after filing the Chapter 13 Repayment Plan, you must make your first payment as set forth in the plan to the U.S. Trustee. Failing to make the first payment will result in the dismissal of your Chapter 13 petition.
Posted by Justin L. Kelsey at 1:23 PM No comments:

The signifcant changes regarding time calculation are as follows:

2. Most periods shorter than 30 days are changed to multiples of 7 days (7, 14, 21, or 28 days) so that deadlines will usually fall on weekdays. As such, amendments were made to the local [Massachusetts] bankruptcy rules to remain consistent with the new federal rules. Many local rules (especially those governing time or setting deadlines) will have changed. It is important that you review the new rules, which are available at the Massachusetts Bankruptcy Court website here.

3. The current ten day appeal period in bankruptcy court will become a fourteen-day period after December 1, 2009.

In addition, a number of other local rule amendments were adopted to improve practice in the Massachusetts bankruptcy court.

A proposed thorough revision to Rule 6004-1 Sale of Estate Property will clarify the sale procedures for bankruptcy assets.

Amendments to Rule 9013-1 Motions changes the response deadline from ten to fourteen days after service and also enhances the proper use of expedited and emergency motions when necessary.

Rules 13-8(c) Objection to Confirmation and 13-13(e) Proofs of Claim and Objections now require counsel to confer seven days after the respective objection is filed in order to narrow the areas in dispute and to certify that the conference was held.

Lastly, there are a number of new local forms that attorneys should be aware of: the Motion for Relief From Stay - Real Estate Worksheet, Debtor(s)’ Schedule of Disputed Payments in Opposition to Motion for Relief From Stay - Postpetition Transaction History, and the Combined Plan of Reorganization and Disclosure Statement for Small Business Debtor.

All Massachusetts local forms are available through the Massachusetts Bankruptcy Court link here.
Posted by Matthew P. Trask, Esq. at 10:58 AM No comments: